In this tutorial, we will dive deeper into the details of Java Literals and will provide you a complete overview of its types. Literals are data items that never change their value during the program run. Literals are also known as constant. 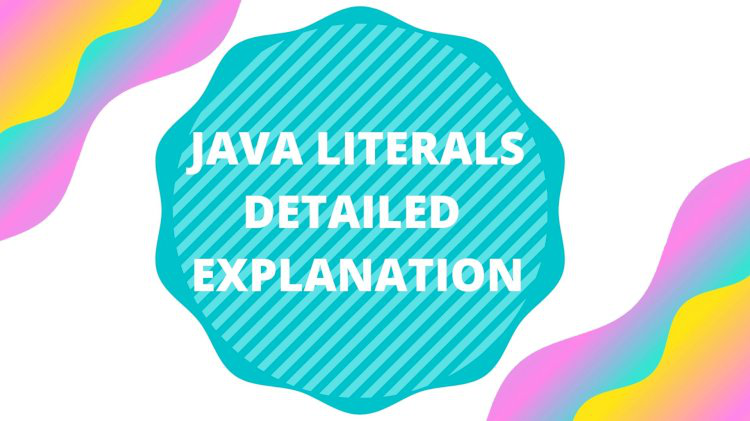 Literals are data items also called Constants . Their value does not change during the time of program execution.

Let us now discuss about each type of literal in a greater detail.

Integer Literals are whole numbers without any decimal or fractional part. The method writing integer literals is that it must have at least one digit and it should not contain any decimal point. It can be positive ( + ) or negative ( - ). The default type is positive which means number without any sign is considered as positive. They cannot have commas in it.

There are 4 ways of specifying Character Literals in JAVA , Lets study about them in greater detail:

Floating literals are also called real constants. Real constants are numbers having fractional parts. They can be written in one of the two forms called fractional form or the exponential form.

The following characters are used as punctuators in JAVA :

Uses of some of them are listed below:

Now, this the end of this tutorial we will look at our first program in JAVA in the next tutorial. Till the Best of luck for your journey to learn JAVA.